Places I Slept on My Vacation

1. The plane from Newark to Heathrow, for maybe two and a half hours. I tried to watch Divergent but gave up because the sound from my headphones wasn’t loud enough, and I’d already read the book. Since we’d already been traveling for 12 hours by the time our plane took off from Newark, it was time to sleep anyway.

2. The Peugeot my dad rented to drive from the airport to Somerset. We stopped at a random pub along the way for an excellent fish-and-chips lunch.

3. North Cadbury Court, our home for the weekend and the site of my sister-in-law’s 50th birthday bash. 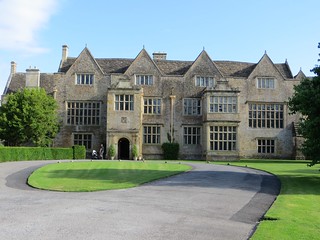 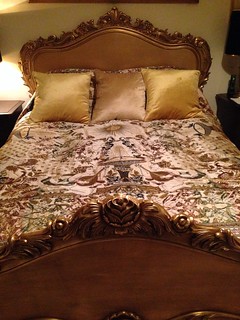 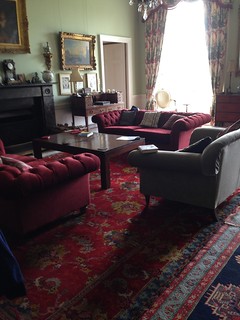 I didn’t take many photos of the interior because they have a gallery on their website: http://www.northcadburycourt.com/house/rooms-house

The owner gave us a tour one evening and told us the history of the house. His brother showed us how they make cheese and gave us some samples. The Dean & DeLuca store in DC and Zingerman’s online sell their Montgomery cheddar.

We also watched a movie version of Persuasion, parts of which were filmed there.

I spent a few hours over three days drawing the front view. I got impatient with all the windows. 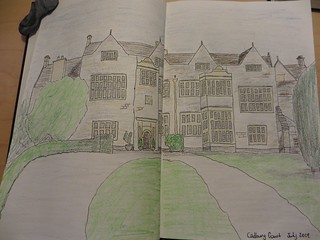 I didn’t do much sketching on the trip–it would have taken too long.

There were some great views from the roof. Cadbury Castle (the site of Camelot, possibly) was less than two miles away to the southwest. We walked up the hill and had a good view of the house. 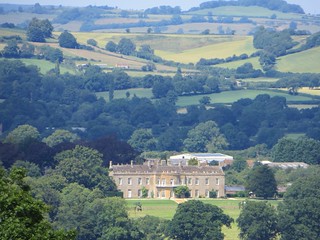 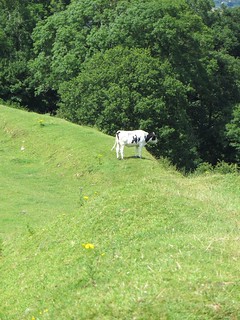 Glastonbury Tor was farther away to the northwest, barely identifiable by St Michael’s Tower on top. 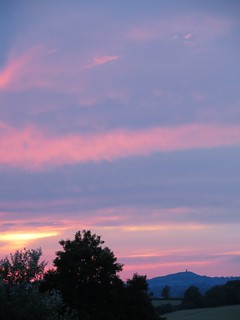 4. The buses to and from various places (put me in a moving vehicle and I fall asleep):

A. Glastonbury, where we walked up the Tor. 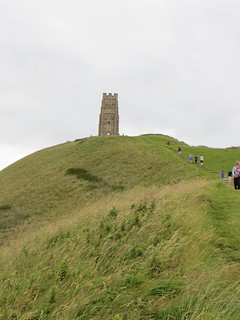 On the way up, we missed that this was the correct footpath to take, despite the very clear signage. 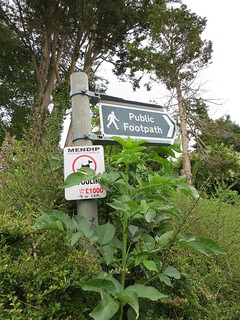 We also visited Glastonbury Abbey, where there was an annual Catholic pilgrimage. It was neat to see the destroyed building in use, though it made for a crowded visit. 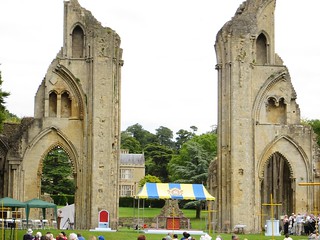 B. Cheddar Gorge, where we saw some cool caves and climbed 274 steps up to a walk around the top of the gorge with some great views. 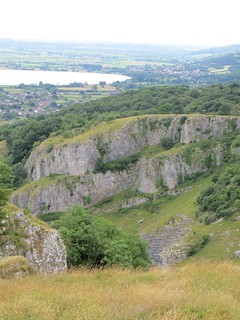 I bought a variety pack of real cheddar cheese, including one that was actually aged in a cave. 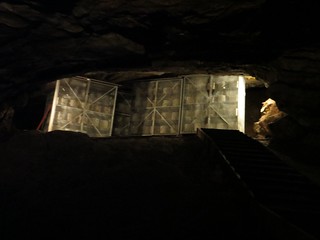 C. Bath, where Jeremy and I managed to squeeze the Roman Baths, a walk by the Circus and the Royal Crescent, the Jane Austen Centre, Victoria Art Gallery, and a peek into Bath Abbey into just over four hours. The baths were a great feat of engineering. 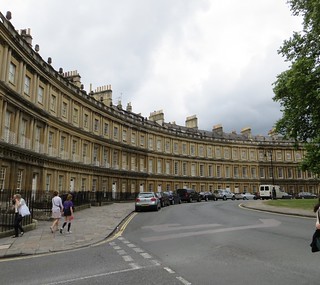 D. Stonehenge, which we stopped by on the way to Heathrow.

5. Dulles airport and the plane to St. Louis. We had an afternoon flight out of Heathrow, and I had working headphones, so I stayed awake for that flight. I watched a couple documentaries and three movies I’d been wanting to see: The Great Gatsby, Her, and Frozen. Our flight out of Dulles was delayed by an hour, leaving shortly after 11pm, which felt much much later given our jet lag. (We had a hotel in St. Louis and drove home Saturday.)

When I wasn’t sleeping or running around with a camera, I was hanging out with a large number of people in my family.

Photos with people in them are on Facebook and photos without (easily recognizable) people are in my Somerset 2014 set on Flickr.

It was a fabulous week. I’m so glad Jeremy’s sister came up with such a wonderful idea to celebrate her birthday and that she was able to bring so many of the family together.

One Response to Places I Slept on My Vacation